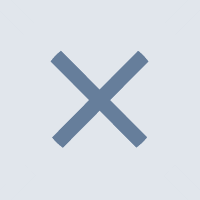 "If we annouce favorable phase III studies, the market will be willing to back the company," Garufi told Dow Jones Newswires.

NicOx has launched three phase III studies on its osteoarthritis drug Naproxcinod which is being seen by industry experts as a potential replacement for MerckŽs Vioxx.

Merck had to pull Vioxx, its blockbuster arthritis drug, off the market in September 2004 after a study showed it doubled the risk of heart attacks.

NicOx, which already presented positive phase III results for its first phase III study at the end of December, expects to announce the results of the second and third phase III study in the third and fourth quarter respectively.

"We are very optimistic regarding the results of these two studies," Garufi said, adding that the company was planning to submit an application for marketing approval of the drug to the U.S. Food and Drug Administration during summer 2009.

The company is also looking for a commercial partner and is already in contact with several pharmaceutical companies, Garufi said.

NicOx, which currently has eleven products in development and has partnership agreements with Pfizer Inc (PFE) and Merck&Co (MRK), is also looking to acquire or in-license new products to diversify its portfolio and thus mitigate risks.

Garufi expects "a strong increase" in operating costs in 2008 due to the development of Naproxinod.

NicOx last launched a right issue in January 2007 when it raised EUR130 million.